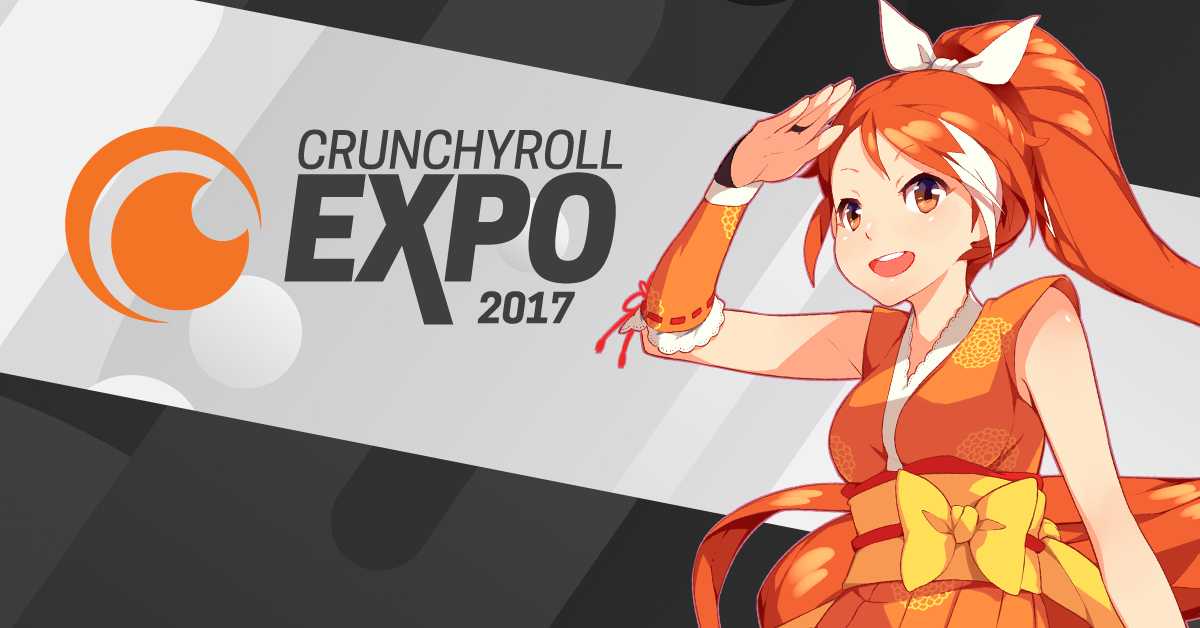 For better or worse, Crunchyroll is perhaps the biggest face of anime fandom in the English-speaking world. They currently have the largest catalogue of streaming anime, they provide news articles and blog features, and they have a heavy social media presence, to the point you could argue it’s much too heavy. They have their detractors, sure, but they’re unarguably one of the biggest players in the game. So when they announced they’d be holding their own convention, it was a logical step that plenty of people were excited about. But as I look through the guests they’ve announced to this point (the morning of August 8th), I’m worried that it’s going to be, as the title of this post implies, a fucking shitshow. END_OF_DOCUMENT_TOKEN_TO_BE_REPLACED

The Fate franchise is a fantastic and exciting one that I absolutely love. On paper, that is. In practice, it’s something I think I’d really be into, but it’s tied up in a whole bunch of convoluted bullshit that I’ve approached the wrong way, dipping my toes into only enough pools to gain a vague, incorrect understanding of what’s going on. END_OF_DOCUMENT_TOKEN_TO_BE_REPLACED 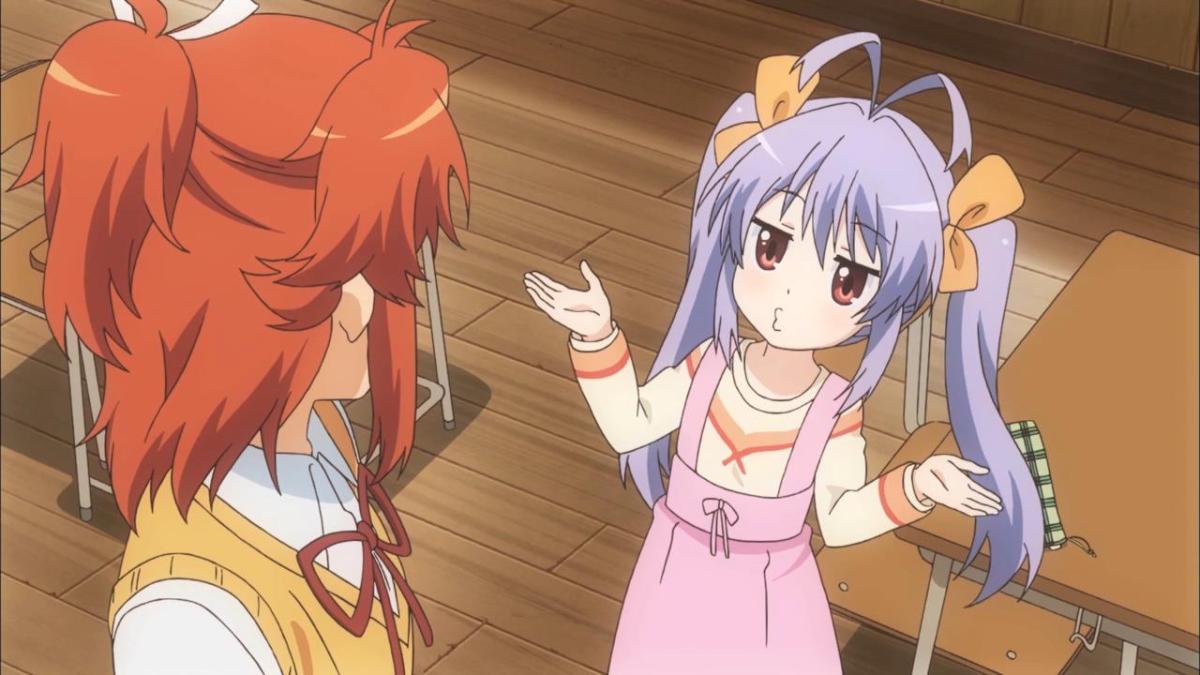 Boy, piracy sure has been a hot topic in the anime community lately, hasn’t it? Hulu has removed their free subscription option and removed much of the anime from their back catalogue. Anime Strike’s double paywall and inaccessibility in regions outside of America causes controversy. Many people were forced to actually confront Netflix’s model of only releasing airing anime after the series has finished when they got the rights to the highly anticipated Little Witch Academia. Crunchyroll came under fire for quietly lowering the video quality on much of their back catalogue.  And most recently, the most well-known and popular anime torrent site has shut down. So the conversation has become incredibly relevant again. Which of course means it’s time for me to weigh in.

Perhaps the most common misconception about Psycho-Pass is that it depicts a dystopia. A dystopia, by definition, is an unpleasant or undesirable society. Perhaps a select few lead good lives, but in a dystopia, the majority of society is in ruin. It is easy to mistake Psycho-Pass as depicting a dystopia, as it focuses on the negative aspects of the world and the series explicitly references a large number of dystopian works, such as George Orwell’s 1984 and Phillip K. Dick’s “Do Androids Dream of Electric Sheep.” What it portrays is actually a utopia, just one that unfortunately comes at the expense of a few. However, viewed from a purely utilitarian standpoint, the Sibyl System has provided the ideal society. In fact, the chief of the bureau herself quotes Jeremy Bentham almost directly when she says in episode 13 that the Sibyl System has “achieved the greatest happiness for the greatest number of people.” END_OF_DOCUMENT_TOKEN_TO_BE_REPLACED

Fairly recently, a debate broke out in the anime community after moderators on Reddit’s r/anime board banned discussion of the music video for Porter Robinson’s “Shelter” on the grounds that, despite being animated by a Japanese studio (A-1 Pictures), it’s “not anime” because of an American creator’s involvement. This upset many people who saw no reason not to define it as anime, and the whole “what exactly is anime” argument broke out again.

I think I’ve come to a pretty clear stance on where I draw the line that everyone’s trying to discuss (anime is an animated product in which culturally Japanese creators have the biggest influence), but I’m actually going to take another stance in addition to this: anime is not just anime. END_OF_DOCUMENT_TOKEN_TO_BE_REPLACED

Welcome back to The Great Zelda Playthrough, in which I play through all the Zelda games in release order to prepare for Breath of the Wild. If you want to start from the beginning, check out the post I wrote about the first game. This one’s about Zelda II: The Adventure of Link.

In my previous post, I said that the first Zelda game is the hardest for me to put into perspective. Putting Zelda II into perspective is relatively easy, but it’s easily the hardest one to evaluate objectively, just because it’s so different from every other entry in the series. Zelda II is the black sheep of the Zelda franchise. It was a game that took a drastically different approach to gameplay that really hasn’t been replicated in any other Zelda game. END_OF_DOCUMENT_TOKEN_TO_BE_REPLACED

In the anime Twitter sphere I’m a part of, there’s been a lot of discussion lately about animation. More specifically, about the role animation should play in the evaluation of anime. Some people whose opinions I respect have posited that, since it is the element that separates anime from other media, it is inherently the most valuable. And honestly, I don’t personally value it all that much. It’s not that I think it’s valueless. It’s just that how well something is animated isn’t often primary, secondary, or even tertiary to me. And yet anime is still my favorite medium, which forces me to confront an important question:

So why anime? I guess this is as good a time as any to break out listicle format. But don’t worry, it’s not like I’m going to call this post “The Top 5 Reasons I Love Anime (Number 4 Will Blow Your Mind)” or anything. END_OF_DOCUMENT_TOKEN_TO_BE_REPLACED

In preparation for The Legend of Zelda: Breath of the Wild, I’ve decided to play through all the main series Zelda games (all of them that have an official placement on the timeline) in release order. What this means is starting with the original game, The Legend of Zelda on the NES.

I think Zelda 1 (as I’ll be calling it to distinguish it from the series as a whole) is the hardest game for me personally to put into perspective. It released in America back in 1987, years before I was even born, and I didn’t really get to play video games until long after that. It was only after completing eight or so other games in the franchise (the exact order I played these in escapes me) that I first played it, and while it did establish a lot of what the series would do moving forward, it’s also drastically different from the direction the series took from A Link to the Past onward. END_OF_DOCUMENT_TOKEN_TO_BE_REPLACED

One piece of advice that writers are very frequently told is “show, don’t tell.” Inexperienced writers have a tendency to explicitly tell a reader information, which at best makes a read feel dry and at worst can feel condescending. They are instead often encouraged to show that information instead, or convey the information without flat-out stating it. To give an example: “Bob was sad when he read Alice’s letter” is telling. Showing would be more along the lines of “Bob’s hands shook as he read Alice’s letter. Her words became harder and harder to make out as he fought back tears.” The first example just tells you Bob is sad. The second also tells you he’s sad, but it shows it through how he reacts rather than just stating it.

Darker than Black isn’t a masterpiece by any means. However, one thing that’s always impressed me about it is how it handled worldbuilding. In worldbuilding, so many works will fall into the “telling” trap by awkwardly shoehorning in an explanation of how things work so that the audience understands. This is usually done through the use of a newcomer to the world (or someone who’s more removed from it and is consequently inexperienced) who acts as an audience surrogate for a mentor to explain things to. It’s something that I’ve seen in so many fantasy series. Darker than Black, however (at least the first season; I’ll get to S2 later), manages to avoid using those archetypes and manages to drop you into a world in a way that feels completely natural just by showing you how it works rather than telling you. END_OF_DOCUMENT_TOKEN_TO_BE_REPLACED

Hello, everyone, and welcome back to Dropped! This week we’ve started actually watching shows. We’ll be dropping some of them just as quickly. If you want to see how off our preseason predictions were, feel free.

Anyway, this will cover everything that aired from April 1st through April 7th, excluding a few shows that were not picked up or that were simulcast at a later date. In addition, while the titles we use may vary some, the order is based off of the Japanese titles as given by AniChart, with full-length shows first and shorts after. END_OF_DOCUMENT_TOKEN_TO_BE_REPLACED